A series of works by the artist is located in the surreal permafrost zone. The center of the exposition is the dilapidated building of the former recreation center, the ghost of the “Soviet Atlantis”, which is leaving more and more under water. Pictures from the life of the lyrical hero and author in one person like little suns make their way through this impenetrable dregs. They have self-portraits and absurd scenes that refer to the realities of modern Russia. Images are deprived of any consistent statement, this is not a cipher that needs to be solved, but rather an intuitive collage of fragments of urban folklore. But one thing is for sure: time is constant here – nothing changes and the sky is just as blue in any situation, person and power.

Growing up a hero takes place as a series of traumatic experience with which you need to do something. The security of the present and the possibilities of the future are being called into question. In an instant, an inseparable conflict occurs in his life – a declaration of love. For the sake of the possibility of accepting the other as himself, the hero must go on a journey. He descends into the underworld, a parallel world, where the destruction of the temporal and spatial distance.

Selected works (as well as all the others) have no names and are part of one continuous therapeutic series. As the artist says: “Personal injury is the hardest soil on which you can pave your way.” The main character changes form and trigger scenarios, but his essence remains the same: he is persona non grata, present and absent at the same time.

Biography: Born in 1986 in Rostov-on-Don, Russia. Educated at St. Petersburg State University of Culture and Arts.

Works in painting since 2012, using the subjective pantheon of symbolic characters and memes of pop culture, among which self-portraits occupy a key position, are put in the context of problems related to gender, social and national identification.

Along with painting, the artist performs performances using local food such as snails and nettles as a media. 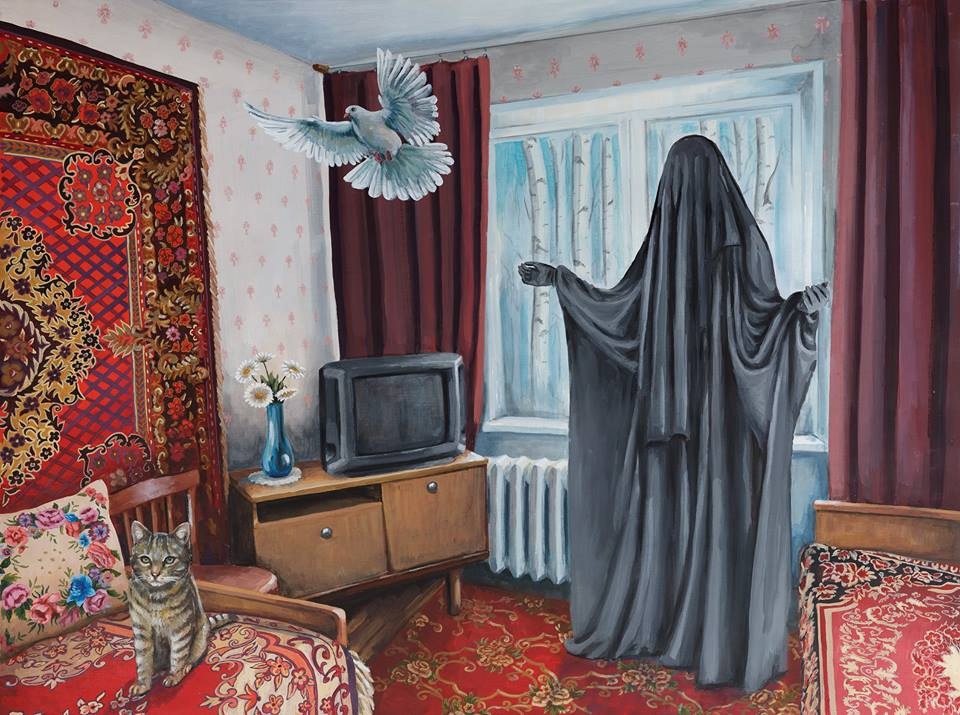 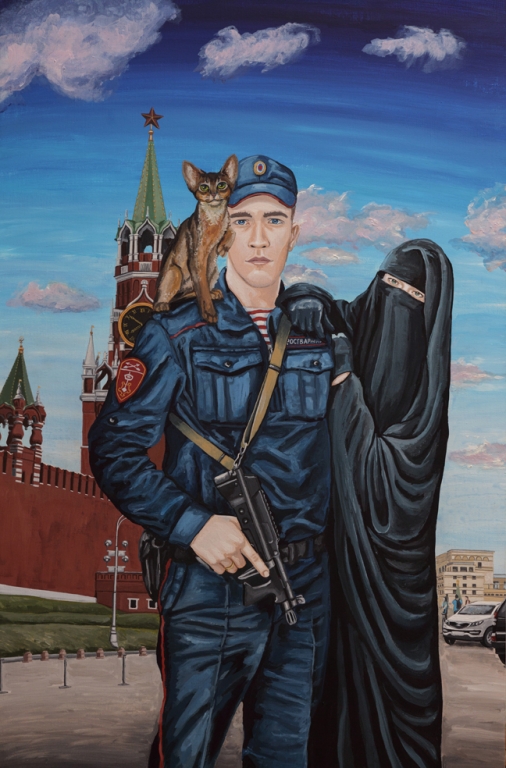 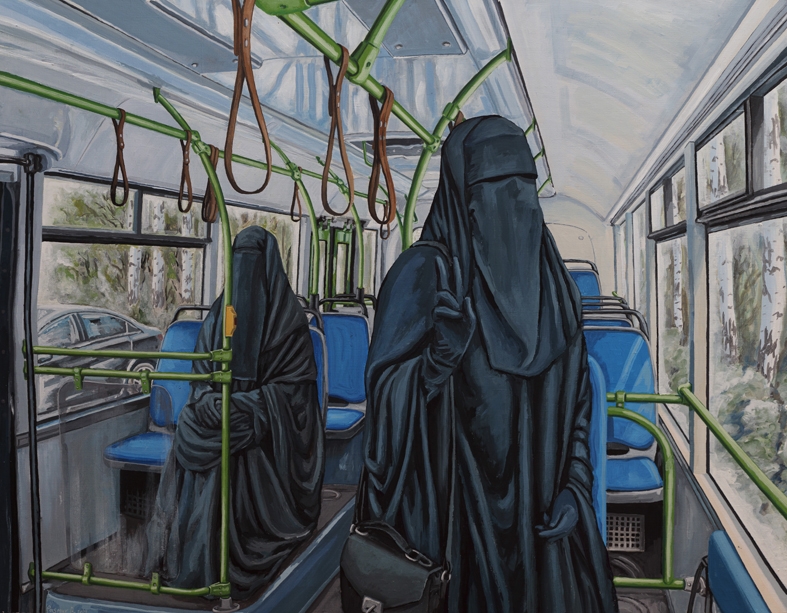 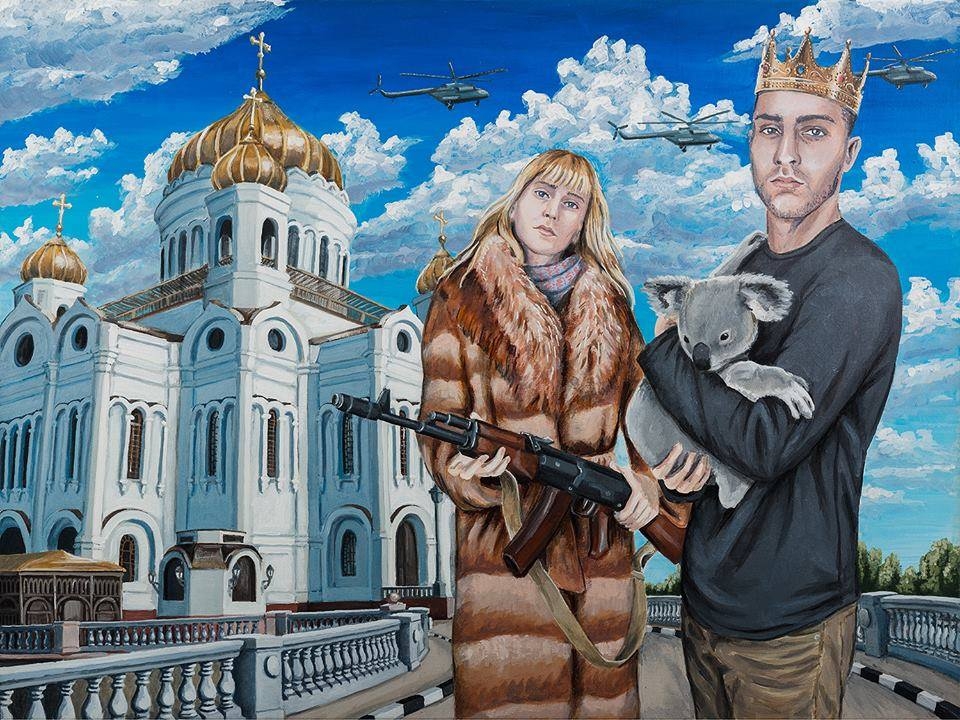 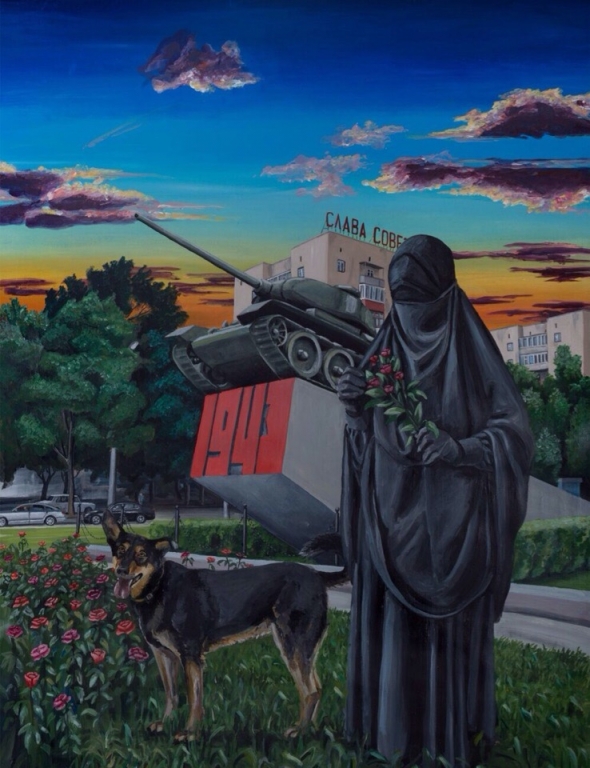 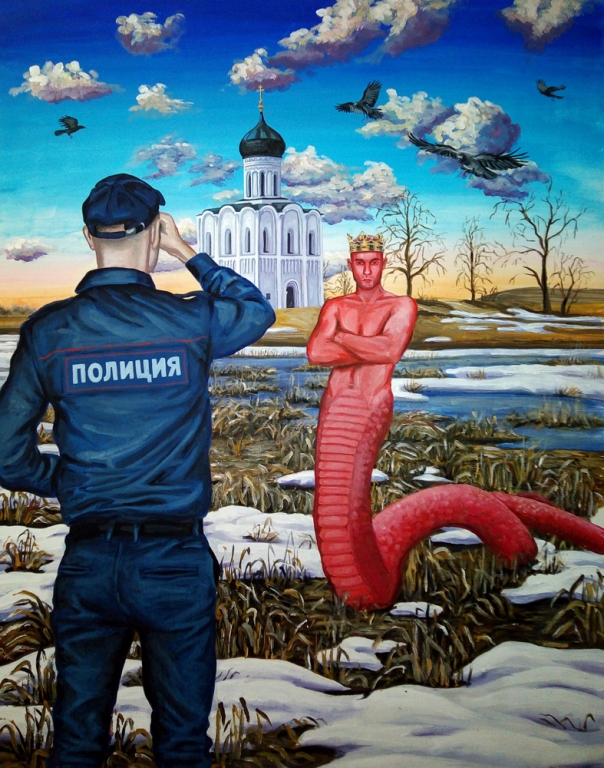 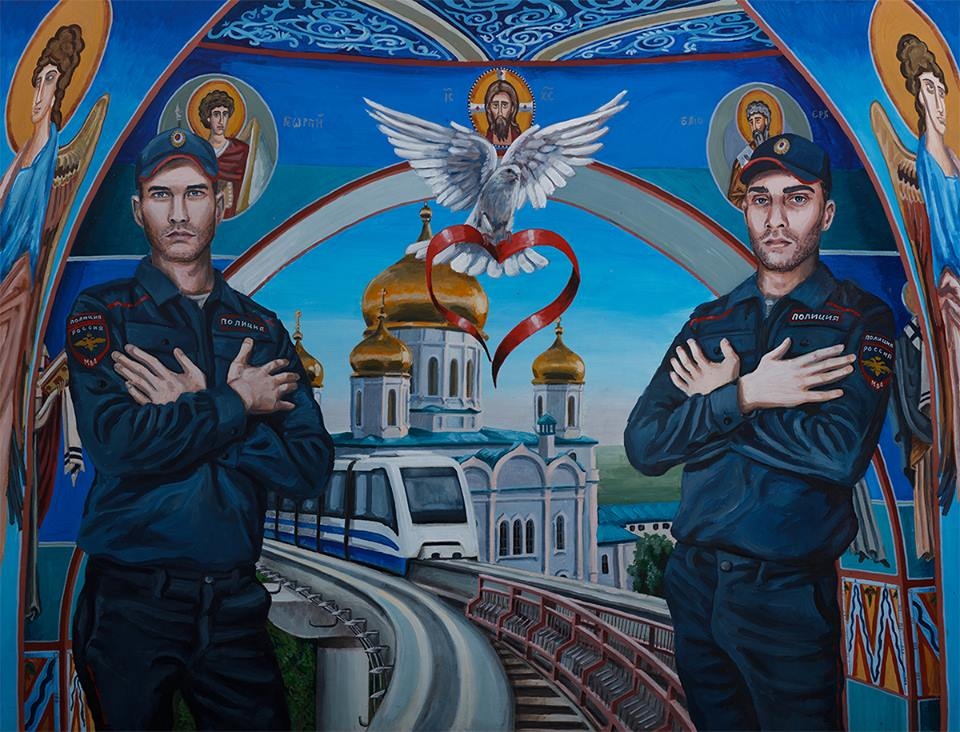 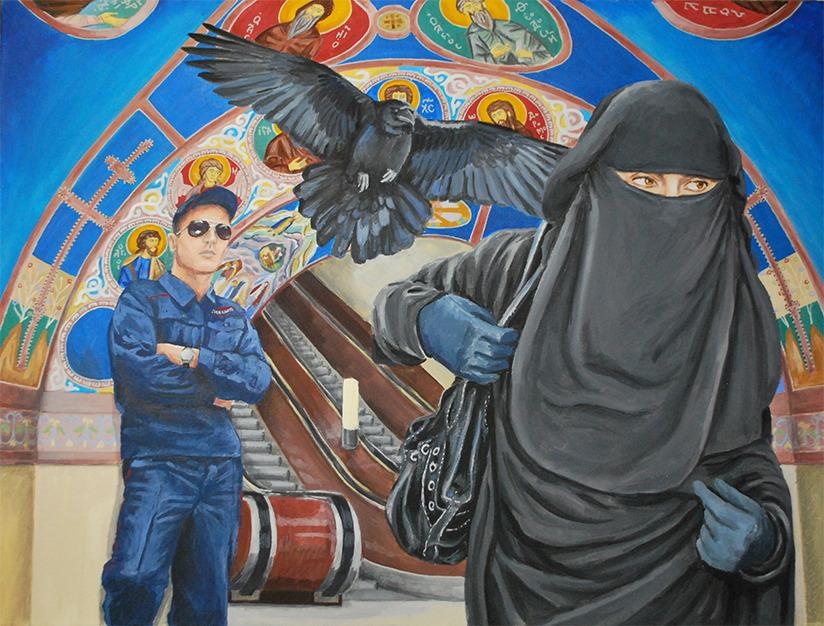 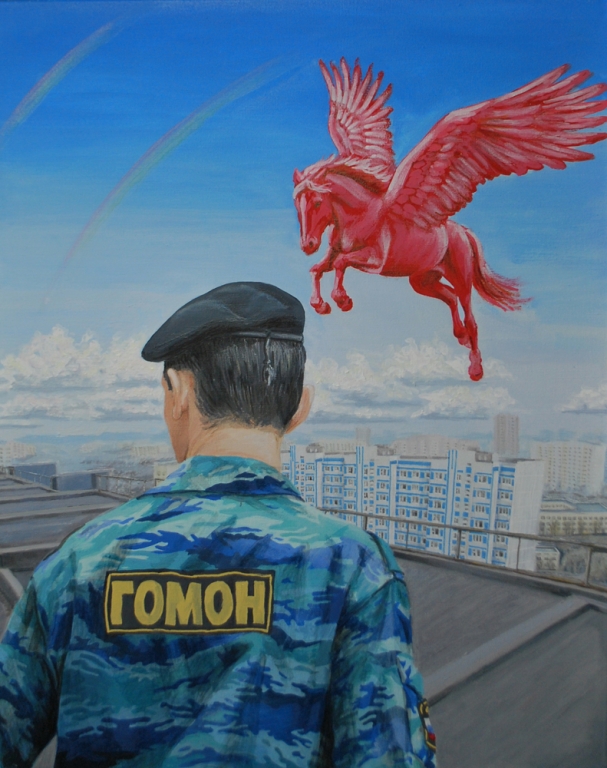 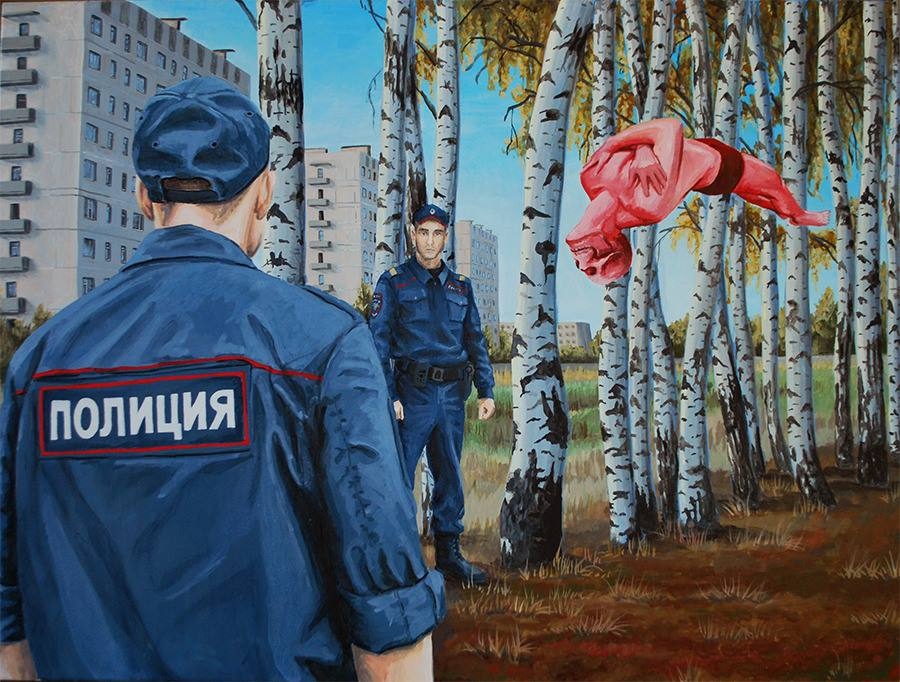 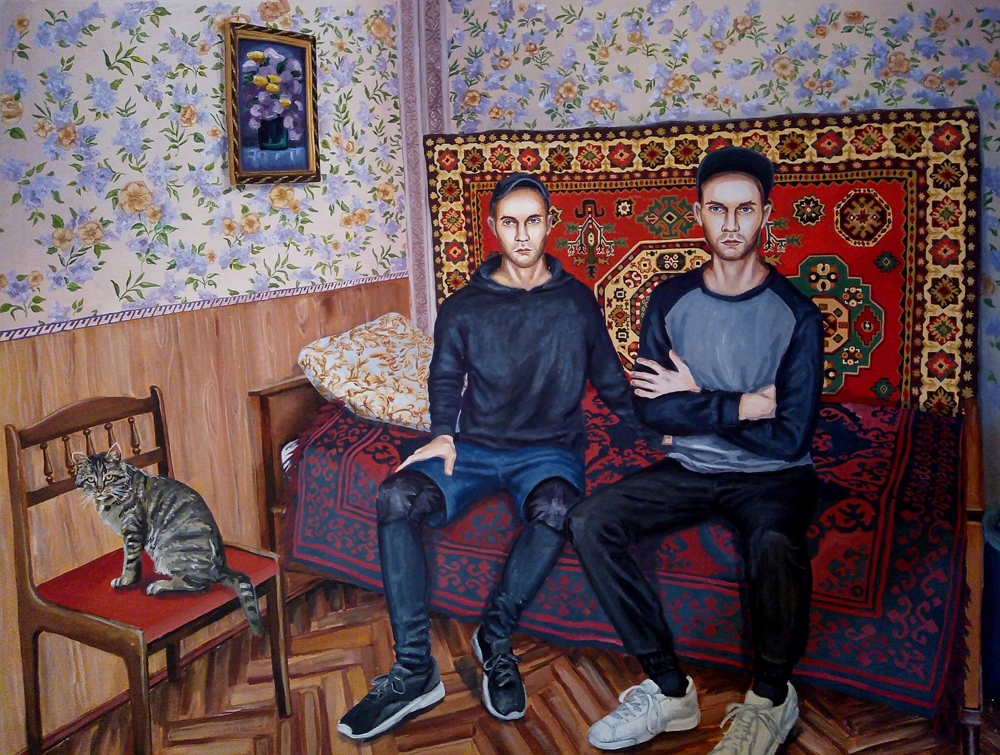 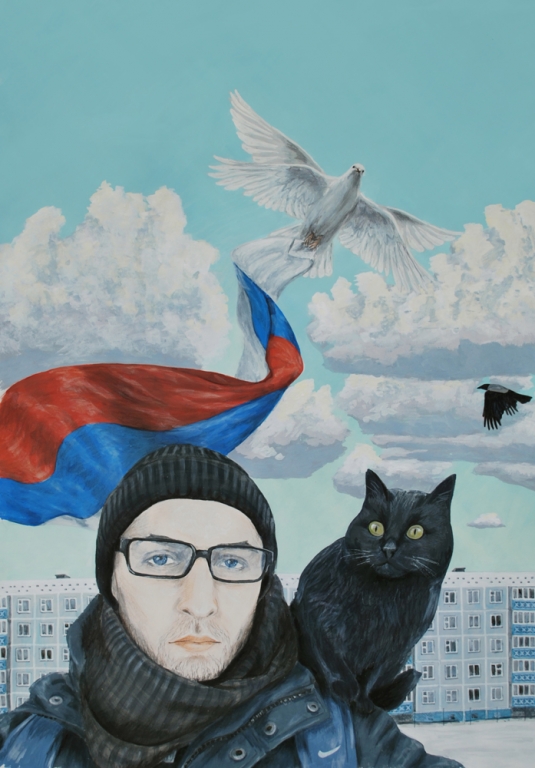 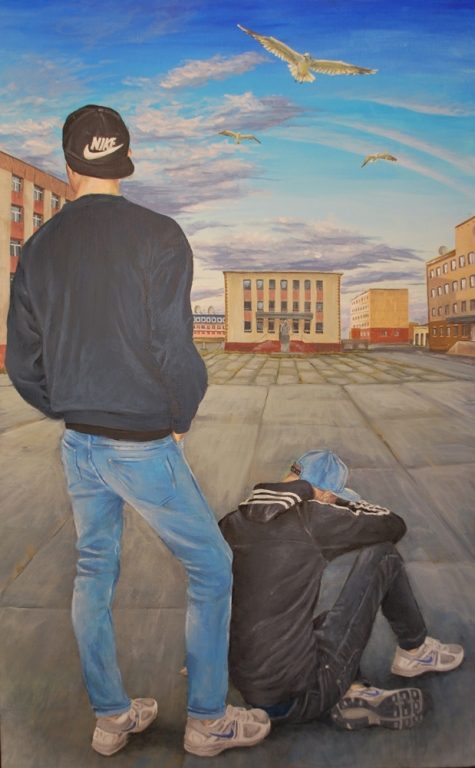