Stas Kazimov “The Key to Eternity”

The labyrinth exhibition, the sun shrine or the first coming of Serious Sam. The space of fiction is between past, future and present.

In the past, the truth of the ancients was lost – this is the Egyptian labyrinth of 2030 BC, the largest structure in the ancient world 80 km from Cairo (the maze of Knossos was made according to its model, where according to a legend the Minotaur lived). It was a huge temple complex, where they simultaneously worshiped all the Egyptian gods and at the same time a labyrinth tomb, a tomb for the pharaohs and sacred crocodiles. Before entering this space, there was a sign with the inscription: “Madness or death is what the weak or vicious find here, only the strong and the good find life and immortality here.” Historically, this place was so significant that many famous personalities wrote about it (Gerotod of Halicarnassus, Pliny the Elder, etc.), but now it is completely destroyed.

In the other polarity is the gaming reality as the future, in which we do not exist, but there is only an illusion (simulation) – this is the game Sirius Sam, released at the beginning of the zero. This is a fun and kitschy shooter with a bunch of fantastic monsters and a mission to save the earth from aliens, for which the protagonist goes to the past (to Egypt).

The third reality is the present, where time stands still, and the hero has only one invisible spirit left, he can no longer fight, now his only ability is to contemplate history in its continuous flow. Here in the tunnels \ rooms are the works of Stas Kazimov from the Polianna Principle series. The idea of ​​this principle was highlighted in the book of the same name by E. Porter (1913) – the main character of the book became an archetype – a reference to the psychological phenomenon: the paradox is that people tend to agree with the positive statements that relate to themselves. Polianna was notable for a specific form of optimistic outlook – she taught herself to rejoice and admire every negative event in her life. Thus, it not only changes itself and its fate, but also the reality and the lives of people from its environment.

The Stas series is fragments of thoughts, rustles, flashes, peeping at the TV, overcooked reflections of the history of world culture. This is how a whole collection of screens \ images arises that give a new layer and fit into the overall complex. The artist’s works are inscribed in four spaces located on opposite sides of the main hall with a swimming pool. The first room “Momento more” is filled with scarabs and ends with a skull with luminous eyes, another “Exit to infinity” ends with a black (green) hole, the next one refers to Alice in Wonderland – here is a broken mirror and snakes, the latter reminds of the children’s perception of the big world and ends with a huge luminous dresser.

In these works the technique is interesting: not painting, but drawing on canvases. Some images have a capacious character and a tough composition, others are made on a whim, but in general the series is very harmonious. All works are performed on a light background with some incredible, thoughtful color, using a muted tonal range and primary colors: blue, yellow, red. Before us is not that figurative image, not that abstraction, where on the one hand there is a slight excitement of the hand, the feeling of mental flow, on the other hand a clear printed image, filigree made in the technique of linocut.

The paintings from this series refer to the street-art culture, more precisely to the struggle of the artist and local authorities (residential offices, which paint the walls soiled with unwanted drawings) without getting into the general tone. It creates a feeling of Internet perception, when you see interesting moments from different eras (showing different cultural codes and languages) to which occasionally text is added (in Russian, English, the numbers are sometimes both together). There are fragments of medieval manuscripts here (probably picked up from the public “Suffering Middle Ages”), there is our all – Pushkin, references to the great painting (“The Birth of Venus” by Botticelli), to Hamlet’s “To be or not to be.” Insects sat down here and there, heroes of famous cartoons and cult films step up, men’s faces with complex emotions (despair, confusion, bewilderment), several group scenes with aliens, puppets, and basketball play arise from nowhere. Looking at these works, jokes of 25 frames, somnambulistic myths and contrasts squeezed out of a blue screen, heard at the dawn from an open window, involuntarily come to mind.

In the wide variety of styles and techniques in which Kazimov works, one key point can be singled out: almost all of his canvases are pure farce. The “popular art” of the artist is not always censored, but it very vividly illustrates the experiences and impressions of the author.

“The Key to Eternity” 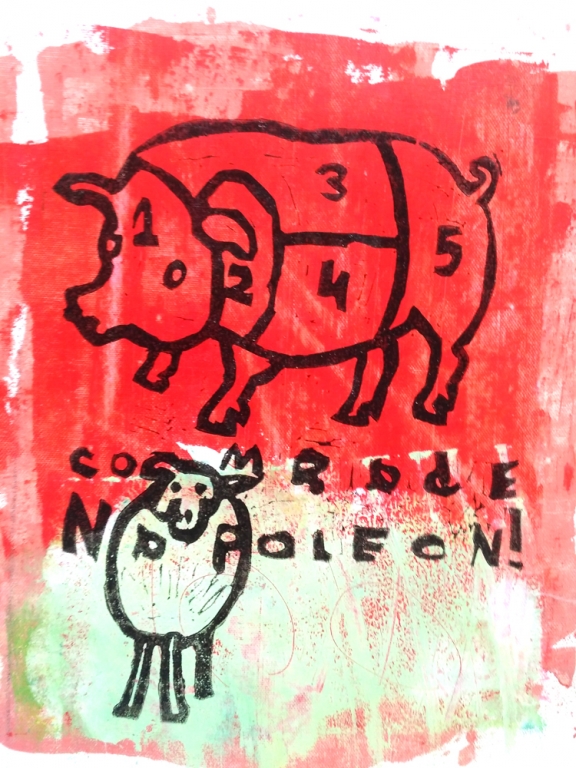 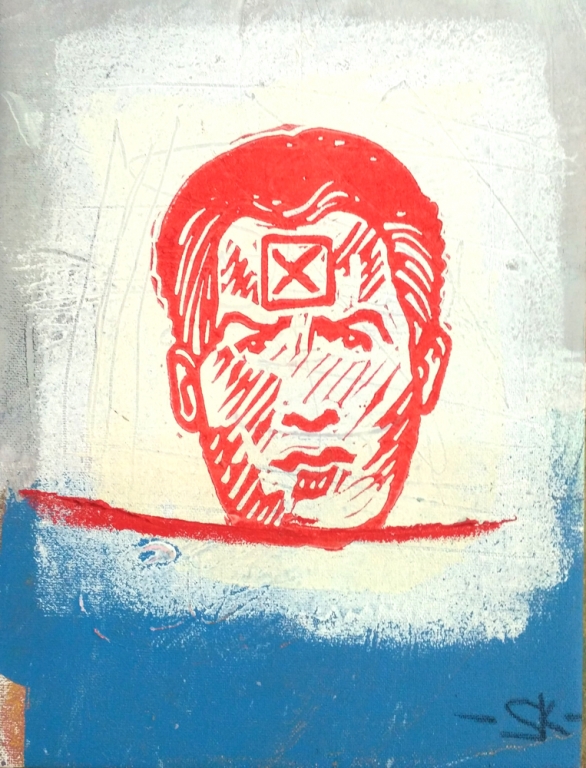 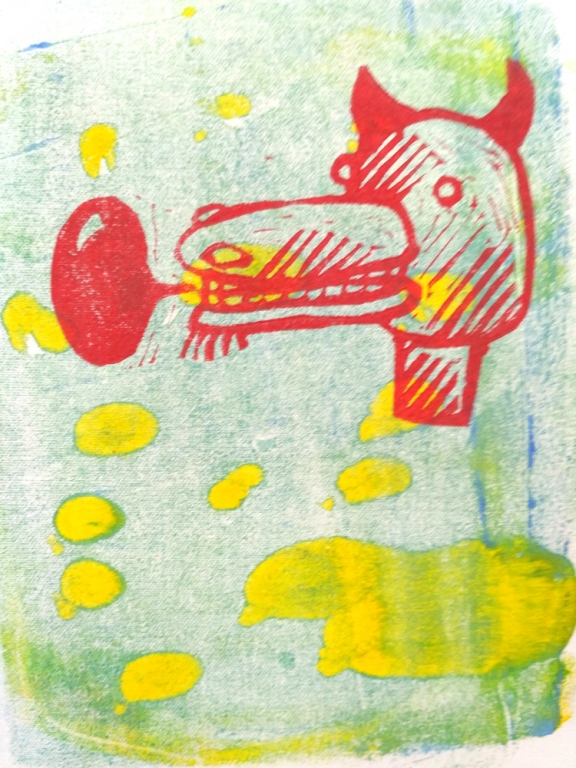 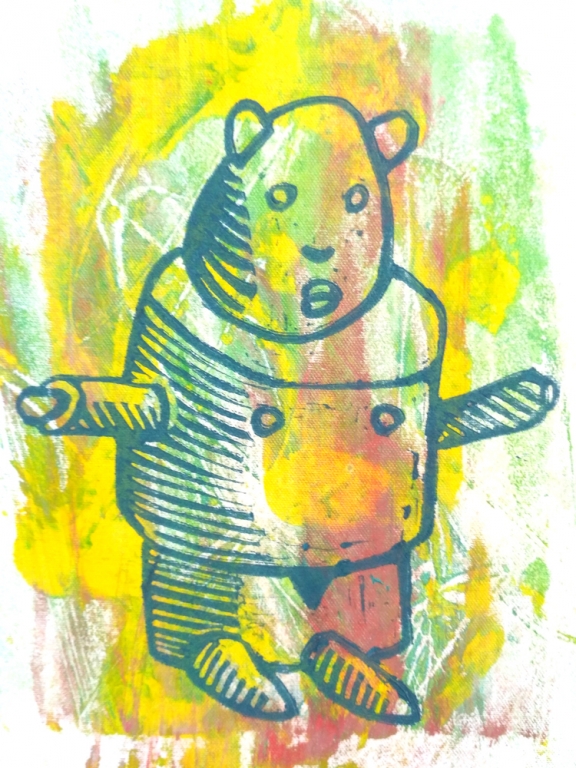 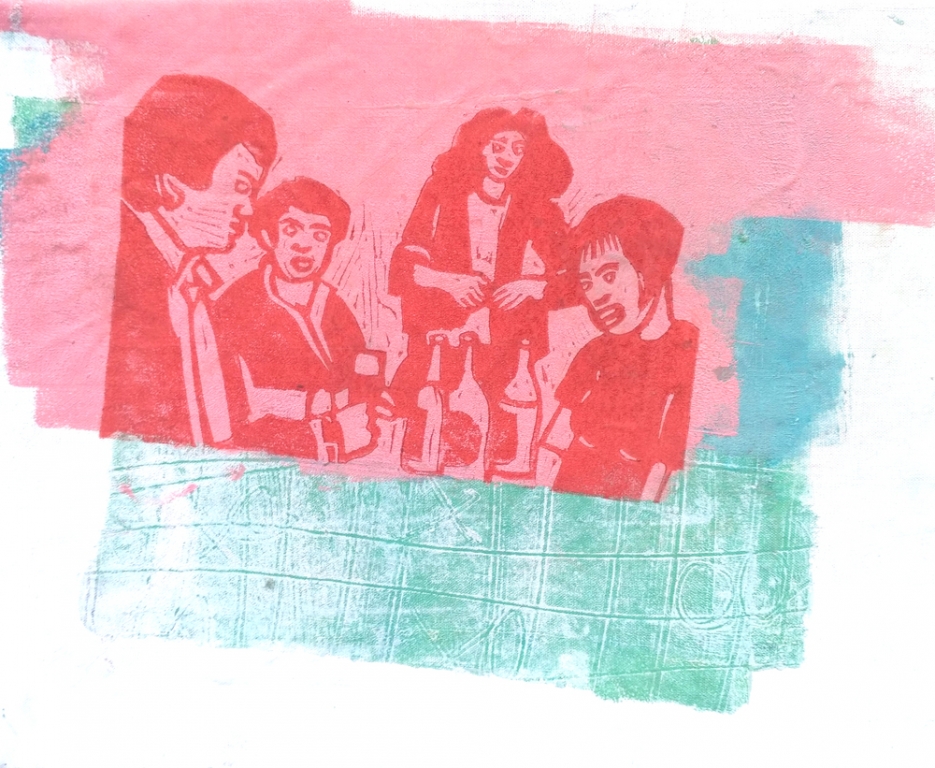 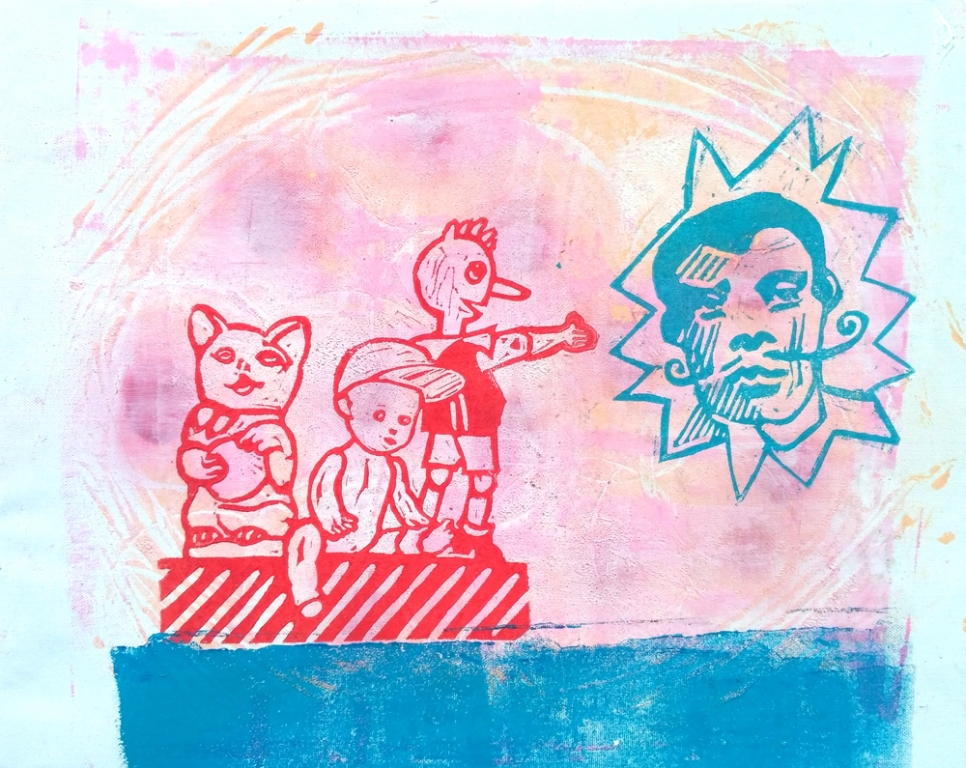 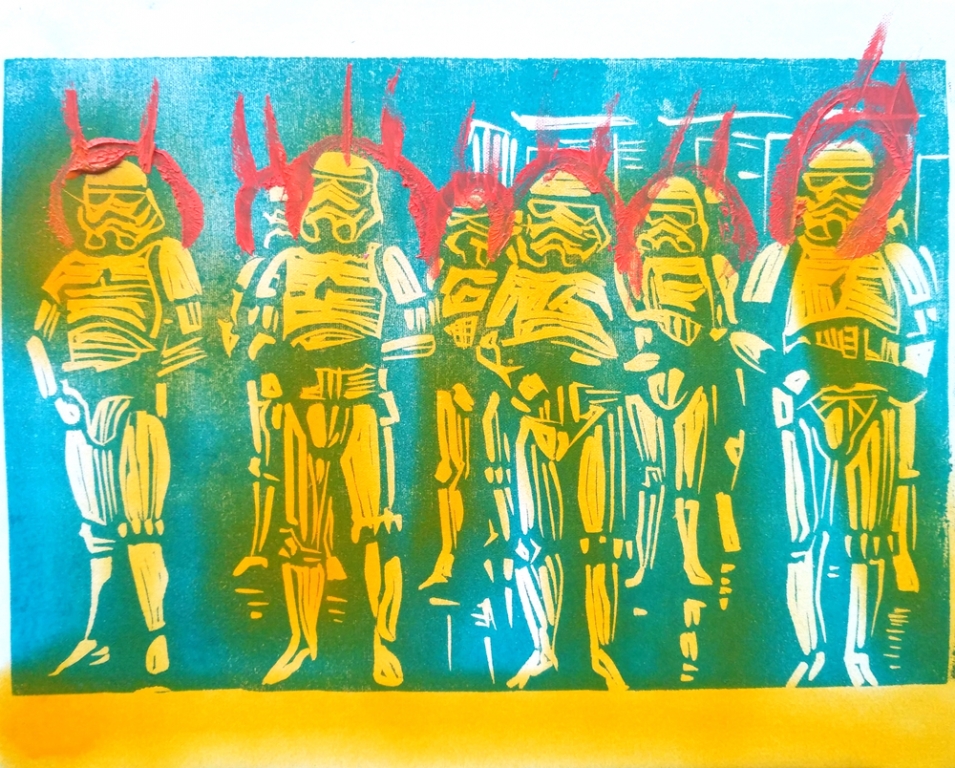 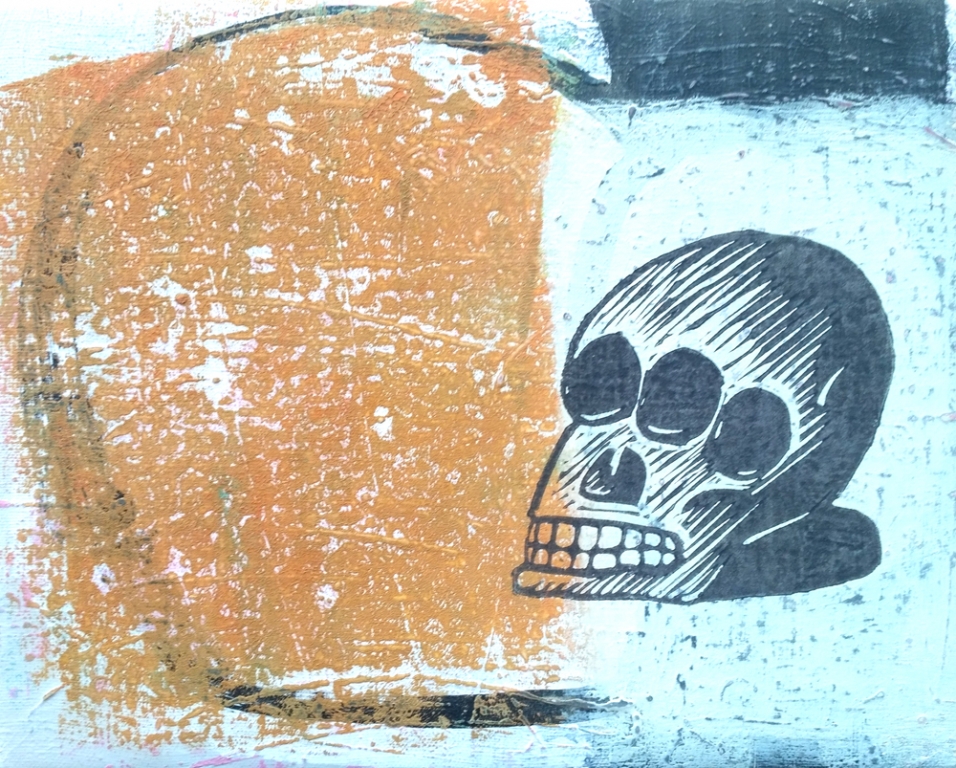